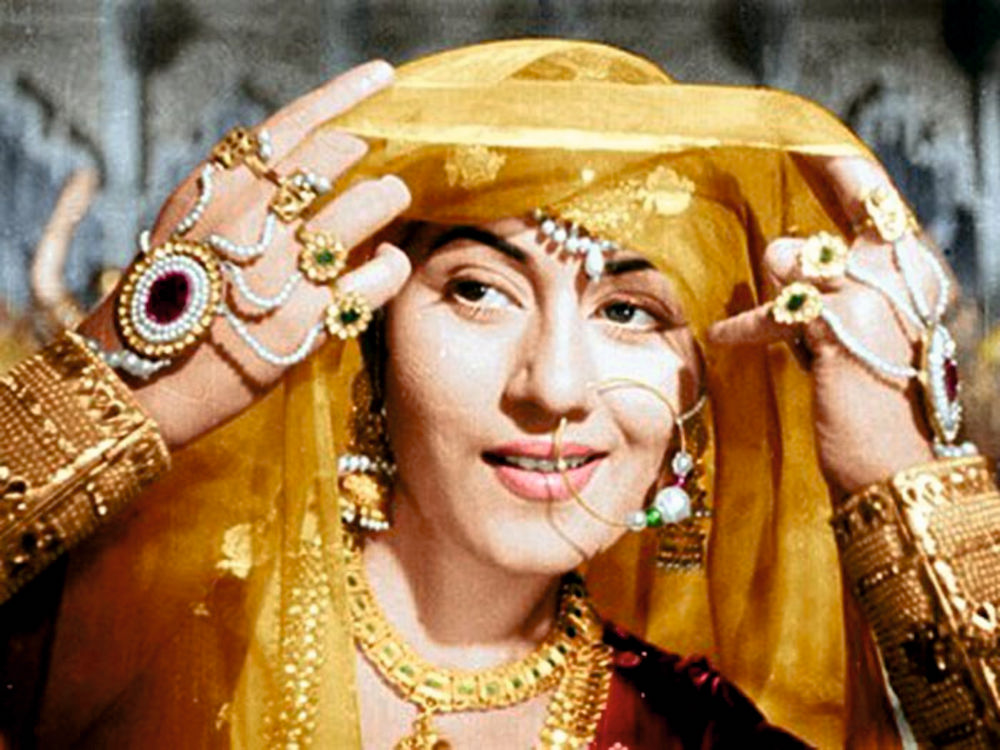 A spectacular historical drama, Mughal-E-Azam tells the tale of a timeless love affair between a Prince and a dancer.

Think mirrored palaces, sumptuous technicolor and unforgettable songs. Mughal-E-Azam has it all! K Asif’s spectacular epic historical drama tells the tale of a timeless love affair. Heir to the throne, Prince Salim (Dilip Kumar), has matured from a self-indulgent only child into a victorious and distinguished warrior. When he returns to the Mughal court he soon falls for the gorgeous, if lowly born, court dancer Anarkali (Madhubala), it provokes the ire of his father, Mughal emperor Akbar (Prithviraj Kapoor), who forbids them from getting married. As Anarkali takes a stand for her man, risking execution, father-son conflict explodes into a full blown battle.