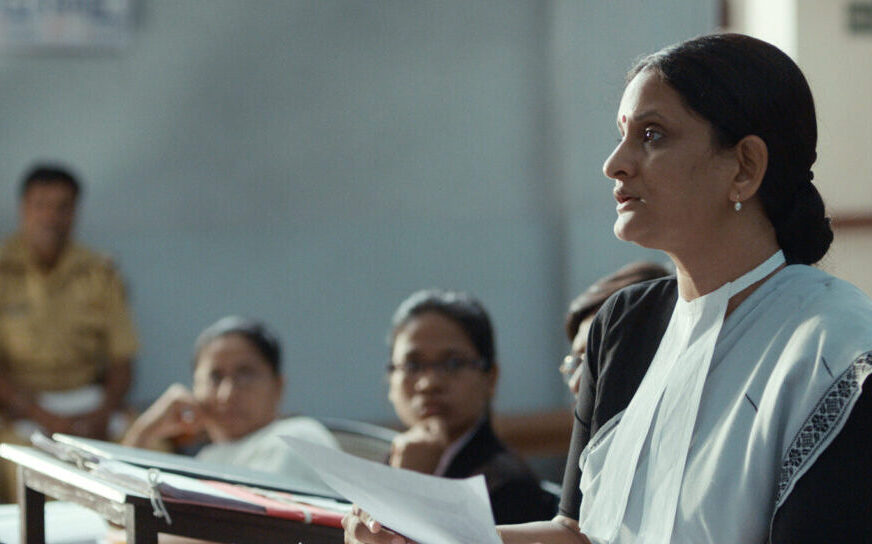 Chaitanya Tamhane’s tightly scripted and confidently directed second feature is set around a single court case in a Maharashtrian town. Within this seemingly simple courtroom drama, a subtle and fascinating exploration of the state of the nation India, westernised versus revisionist traditionalist values is uncovered. The outcome is increasingly unsettling, even dangerous, as the seeming stability and order of the British Raj based court system, is pitted against a changing India. An ageing, activist, folk singer is charged with inciting a sewerage worker to commit suicide by one of his ‘inflammatory’ songs. His defence lawyer, a westernised man defends the rights of the artist, while the female Prosecutor states the singer, as the police have described him, is a threat to national security.